Take a stroll around the scenic waterfront in Halifax, Nova Scotia, and you’ll find cozy restaurants and high end coffee shops. Also you can go for relaxing bout tours, but there is a past to Halifax.

A past no one wants to remember.

104 years ago, Halifax’s beautiful bustling seaport was turned into a maritime mortuary.

History’s worst maritime tragedy happened in the early hours of April 15, 1912 when RMS Titanic, the British passenger liner collided with an iceberg during her maiden voyage from Southampton, UK to New York City, US in the North Atlantic Ocean. The death toll raised to 1500, making it the deadliest maritime disasters in the modern history.

Not many know about the city of Halifax, the burial ground for these unlucky souls.

For those who lost their lives aboard the ill-fated ship, Halifax, an Atlantic Ocean port in eastern Canada, the provincial capital of Nova Scotia is where the story ended.

A 10-15 minute cab ride from the harbor sits Fairview Lawn Cemetery, where you’ll discover the final resting place of many of the victims of the Titanic. 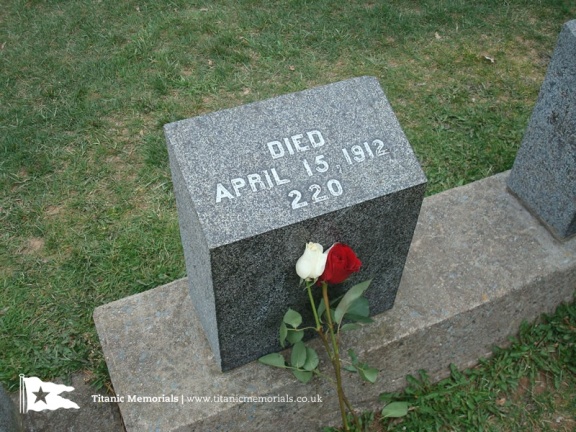 “It’s impossible to describe our feelings. So many headstones bearing the same date; April 15, 1912”.

It is not certain that each victim died on April 15th, it is assumed that due to the freezing temperatures no one could have survived that kind of exposure to the elements. Therefore, each marker bears that date.

Most of the gravestones, erected in the fall of 1912 and paid for by the White Star Line, the company that owned the Titanic, are plain granite blocks.  In some cases, however, families, friends or other groups chose to commission a larger and more elaborate gravestone.

All of these more personalized graves, including the striking Celtic cross and the beautiful monument to the “Unknown Child”, are located at here. Just recently the boy was identified through DNA samples, but his family prefers that his gravestone remain nameless as a remembrance for all of the other unknown victims.

Overcoming the tragic past, Halifax has a lot of stories to tell.

The Maritime Museum is the oldest and largest museum in Canada with a collection of over 30,000 artifacts. A special permanent exhibit explores the sinking of RMS Titanic with an emphasis on Nova Scotia’s connection to recovering the bodies of Titanic victims.

The museum has the world’s foremost collection of wooden artifacts from Titanic, including one of the few surviving deck chairs. The Titanic exhibit also includes a child’s pair of shoes which helped identify Titanic’s “unknown child” as Sidney Leslie Goodwin.

Also, the city of Halifax is famous for finger licking produce of fresh seafood, preservative-free chocolates and its unique ways of making Kebabs from Middle East.

Every streets have colored walls, and these walls become canvases for artists. The colorful streets are a determinant to cheery people of Halifax.

Even though the ‘Titanic City’ is a home to different horror stories and encounters, it is recovering over the decades with hope and courage of its tragic past.