If you will ever go to the internet and search who Anne Frank was, you could probably find articles and features that say she was the youngest writer or diarist. You would find her end number of quotes and write ups she has written.

But no story will describe what a fifteen year old went through for becoming a cursed Jew by birth. What made her the brave of the bravest in an age where she had to do her school homework but instead was hiding from Holocaust in an annex of rooms above her father’s office for two years in Amsterdam. 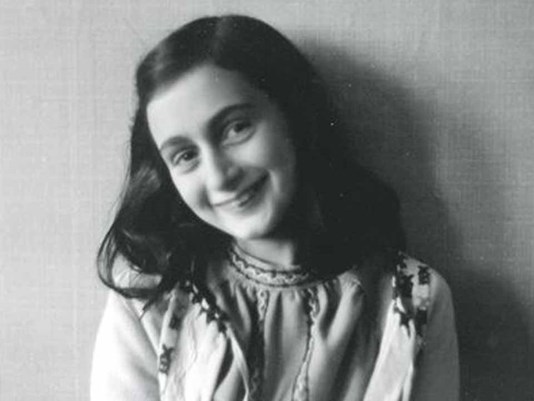 The Holocaust, for those who do not know, was a Greek word that was a genocide in which Adolf Hitler’s Nazi Germany had killed above six million Jews. Yes, six million! The victims included 1.5 million children. It was the deadliest genocide in the history where Jews were systematically murdered.

Annelies Marie Frank, remains as one of the most discussed Jewish victims of the Holocaust. Her father gifted her a book, which was an autograph book, on her thirteenth birthday on 12 June. She used the red and white checkered cloth bound book to pen down the moments of her life.

Her diary was published in 1947 which turned out to be a powerful insight into the Holocaust. It has been translated into 67 languages with over 30 million copies sold. Anne Frank’s story is especially meaningful to young people today. For many she is their first, if not their only exposure to the history of the Holocaust. 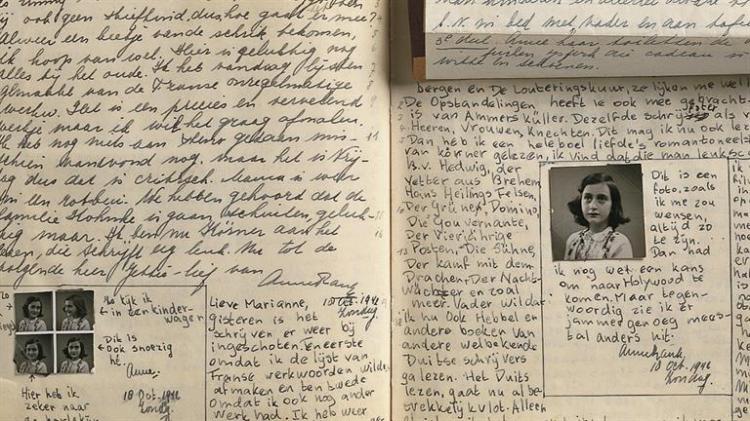 The original dairy in Dutch which was later translated

What was her diary about?

Born a German, she lost her citizenship in 1941. And remained stateless.

“Fine specimens of humanity, those Germans, and to think I’m actually one of them! No, that’s not true, Hitler took away our nationality long ago. And besides, there are no greater enemies on earth than the Germans and Jews.”

“I’ve reached the point where I hardly care whether I live or die. The world will keep on turning without me, and I can’t do anything to change events anyway. I’ll just let matters take their course and concentrate on studying and hope that everything will be all right in the end.”

Always for faith and humanity:

“It’s a wonder I haven’t abandoned all my ideals, they seem so absurd and impractical. Yet I cling to them because I still believe, in spite of everything, that people are truly good at heart.
It’s utterly impossible for me to build my life on a foundation of chaos, suffering and death. I see the world being slowly transformed into a wilderness, I hear the approaching thunder that, one day, will destroy us too, I feel the suffering of millions. And yet, when I look up at the sky, I somehow feel that everything will change for the better, that this cruelty too shall end, that peace and tranquility will return once more”

She aspired to become a Journalist:

“I finally realized that I must do my schoolwork to keep from being ignorant, to get on in life, to become a journalist, because that’s what I want! I know I can write, but it remains to be seen whether I really have talent.”

“I want to be useful or bring enjoyment to all people, even those I’ve never met. I want to go on living even after my death! And that’s why I’m so grateful to God for having given me this gift, which I can use to develop myself and to express all that’s inside me!”

“When I write I can shake off all my cares. My sorrow disappears, my spirits are revived! But, and that’s a big question, will I ever be able to write something great, will I ever become a journalist or a writer?”

She kept writing regularly until her last entry of 1 August 1944.

The Franks were deported to Auschwitz Concentration Camp, the worst death chambers in the history by Nazi Germany. Jews were not only killed in the gas chambers but also died of starvation, forced labor, infectious diseases, individual executions, and medical experiments.

Anne Frank reportedly died of the Typhus disease that spread through the camp in 1945 killing seventeen thousand prisoners. Her sisters were buried in a mass grave at an unknown place after the camp was burnt to stop the spread of disease.

According to many vague sources, Anne Frank walked into the camp with utter braveness and her face showed no fear but only courage at such a young age.

Today, 69 years after her diary got published there are many institutes and associations that honor the thinking and bravery of this fifteen year old.

To help “build a world based on equal rights and mutual respect.” Otto’s dream was Anne’s dream, and continues to be the dream the organization strives to achieve.

Spirit of Anne Frank Awards, are conducted to honor the deserving who prove the world with their deeds.

These are to name a few.

Many may have already known about this brave girl and her journey, but I thought it was necessary for me to spread a word about the battle once someone faced, somewhere in this world in worst conditions before the time we lived this luxurious lifestyle.

If a girl could spread the message through simple words, not because of extensive education or an intellectual family background but because she was going through a phase no human would ever want to, then you could definitely feel blessed for this life and thank yourself.

Inspiration does not come from older people, but from mature humans. Age no bar.